With a close win against RBCC in the previous game, Stars were looking to continue the winning saga with BGCC to reach the T20 Quarters. Weather was also promising (despite rain predictions till Saturday evening).
Earlier in the week, we got bad news that Nemish (the captain) tested covid positive, so Sazzad (vice-captain) led the team. And on the game day, Sharif who supposed to be in playing 11 could not join due to long DIV 5 game on Saturday, so our new Star Satish Pamnani joined us on a last moment call, thank you Satish for the same however, on reaching to the ground, Ishaq (who was not part of the playing 11) surprisingly showed up and joined us in the game. Satish played the next game in the afternoon.

Brussels Greens (BGCC) won the toss and elected to bat first. Vishal started the first over and a brilliant piece of fielding came from Ravi, who was at the point position, in the third ball of the over. BGCC Batsman Anmol, who was consistently scoring the runs in previous games, was trying to steal a run playing a shot in between point and gully. Ravi premeditated the shot coming from the batsman by looking at his fit movement and instantly ran toward the gully. Batman was in full confidence to steal the run and left his ground. In between, a non-sticker batsman who already left his crease saw Ravi caught the ball and called NO for the run but by the time it was too late for the batsman and Ravi threw a rocket throw directly in hands of Asijit and the stumps were dismissed in quick succession. A brilliant run out. This runout added another level of energy in stars to dominate in the game.

Few catches were dropped in between and then came the 4th over from Srikanth, and a soft dismissal of BGCC’s another opener with LBW wicket. An excellent bowling from both the opening bowlers by restricting BGCC on 17 runs for 2 wickets in 4 overs. And with a second wicket down, BGCC’s dependable batsman Saurabh came in with a determination to play till the end which we saw in the game as well (scored 51 runs). They had a good partnership for 3rd wicket to take the scoreboard to 50 runs in 8th Over.

Next comes Ravi’s 9th over, what an over this was. BGCC’s skipper was looking to pacing up the run-rate and tried to hit Ravi’s good length incoming delivery for the left-hand batsman. He could not connect it well and a skier catch went towards mid-on where Rohan caught it too easily. (With his firm hand, not like Anthony who catches with his firm **** :-). A maiden over with a wicket. Runs flew in middle overs, but to mention, Ishaq saved 3 boundaries in deep mid-wicket. An amazing price of fielding from Ishaq that too in Ramadan. Quickly running and attacking on the ball, putting body behind the ball and throwing it as fast as possible for the direct hit. Ishaq was setting up the new standards in fielding.

Once again, Ravi’s 14th Over, BGCC’s batsman who was rotating the strike thought to score a boundary and played a lofted cover drive towards deep mid-wicket, Ishaq was little back from the catching position and started running forward, sliding under the ball, completed an amazing low catch. As I said before, Ishaq was setting up the new standards . BGCC were 85 runs with 4 wickets down in 14 overs.

After another soft dismissal with an LBW wicket in the 16th over, BGCC were on 90 runs, 5 wickets down. BGCC added another 35 runs in the last 4 overs to make the total of 125 (6 wickets). Amazing performance and dominance by Stars in bowling and fielding. The KPI has been achieved by restricting them to 125. Great bowling by Rohan and Srikanth in death overs. Now it was a batting side show to continue the dominance. Sazzad and Asijit opened the inning, the roles were exchanged due to Nemish’s absence. Asijit to rotate the strike and Sazzad to score the boundaries and indeed that’s what we saw in the first over itself, four and six coming from Sazzad’s bat towards mid-on and long-on, scoring 12 runs in first over. In the next 5 overs, not being much greedy, and with singles and doubles we scored 33 runs in 5 overs with no loss. In the 5th over,
Asijit punched an amazing six towards long-off. The sound from the bat was too good to know the result of that delivery. Everyone was surprised and appreciating the punch-six where Rohan calmly said (like he already knew that this was coming), only Asijit can hit such six (just a punch) and gave some references from the Bilande ground where he used to punch straight drives for boundaries (not to mention, it used to be 60+ meters boundary at Bilande, nice ground it was, good old days 🙂

In the next over, pumped up with a six, Asijit tried to accelerate the inning, getting LBW in the 6th over. It was a straight ball but pitch made it slower than anticipated making connection of the ball with pad only. We were on 37 runs with 1 wicket down in the 6th over. Next came in our Goreeb star (Kowshik), started his explosive inning by hitting four and six consecutively in 7th over. The partnership continued till 11th over where Kowshik’s got out by scoring 23 runs in 18 balls. We were at 74 runs on 2 wickets on completion of 11th over.

Next came in Sreeni, played a mature inning with a temperament, rotating strike, scoring singles and doubles. And at another end, Sazzad was taking charge to score a few more boundaries making it an easy look win. We were 10 runs short for a win when Sreeni got out in the 17th over contributing much needed 22 runs. The score was 115 runs on 3 wickets after 17th over. 10 runs were needed in 18 balls, there came in Rohan, scored 5 runs and got out by tying the score and Sarath went in to complete the last winning run. Easy looking but an excellent victory for 12 Stars. Sazzad played a gem of an inning, a captain’s knock and remained not out by scoring 51 runs in 42 balls, the half century was very well applauded by the stars.

With this 4th win in the tournament, 12 stars made its position in the Quarter finals. This match was a great example of dominance in all bowling, batting and in fielding areas. Throughout the game, there wasn’t any such moment where any of us was distracted. Everyone was focused, cheering up and supporting the bowlers, backing up in fielding, aware about their fielding positions for lefty- righty combination and during over changes too. Super planning with great execution.

Congratulations to the Stars for a great victory !!! 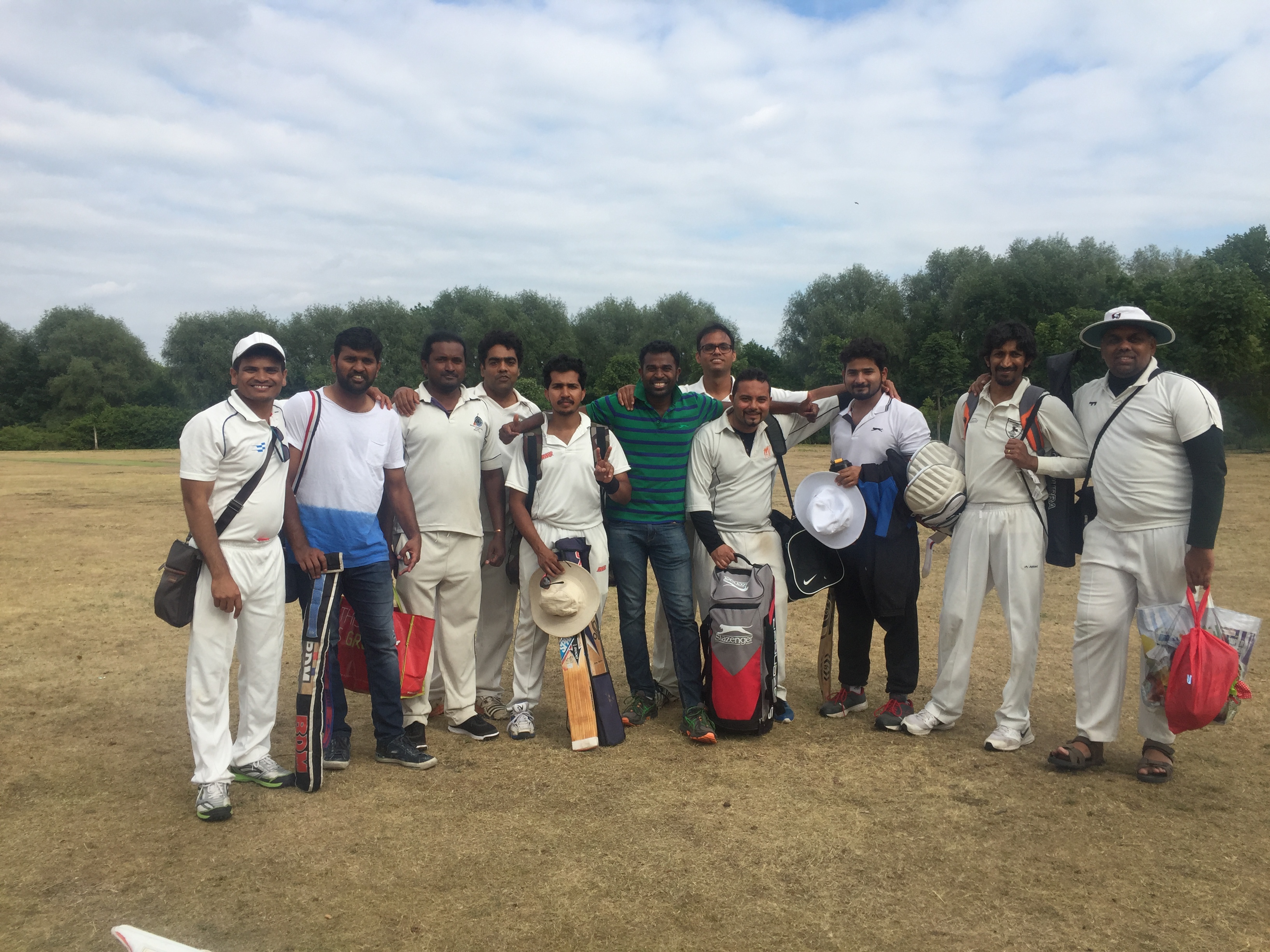