Sports do not build character. They reveal it – John Wooden
Last Sunday’s league game against Eagles surely revealed some character when 12Stars were presented the most arduous of tasks of chasing 336 in 45 overs. The end result held great significance since this whole season there had not been a successful run chase of more than 200. The day started with the promise of sunshine and a big relief after last Sunday’s cancelled game due to bad weather. After winning the toss, as always the potency in the 12Stars attack urged Amit to put the opposition to test. Previous week’s failure to chase was still firmly in the mind but it seemed like a good idea to test the batting strength by again going through the drill.

12Stars, like any other star on the planet, reached the ground sashaying, without any regard to the reaching time of 12:30 PM. With only 7 players available at the time of toss, 12Stars players showed the awareness of absence of umpires and consequently no penalization. No urgency in moving before the game and the lack of need to practice shows the amount of self confidence we have as a team to win the games disregarding most of the general sports conventions. Someone has rightly said about cricket being played 90 percent in the mind but one had no idea that 12Stars is always pushing that percentage.

Eagles traditionally bat with this utter disregard for the opposition bowlers and hence give many chances on the field which, if the  pposition takes, can finish the game quickly. As a close group should be doing, 12Stars players gave full support to other fielders by dropping at most one catch by almost everyone. This solidarity, previously unseen among teams, let alone 12Stars, let Eagles make a monumental 336 in 45 overs at the loss of 7 wickets. Some glitches, like a catch, were taken by 12stars teammates with utter surprise and a direct attempt at not being ‘one of us’ kind of glares with very quiet and low ‘high fives’.

With everyone acting together as partners in crime, the team learnt its’ biggest lesson about trying not to find one culprit, as no one, including oneself, would have gone unscathed. The tea break became one of the light hearted ones which eases your tensions and gave the feeling that now everyone is in it together. The tea time banter bought back the much required life and breath of fresh air.

12stars batting started off with Amit making a quick reshuffle with Mahesh and Sunil opening the batting. Mahesh nicked a wide delivery in pursuit of pushing the scoring rate in the second over. This bought Aniruddha to the crease. Aniruddha looked determined from the start and seemed to be in prolific touch with first four scoring shots as the boundaries. Aniruddhas’ innings of 26 consisted of 5 fours and one six, with the risk quotient to a bare minimal in all the shots. He was utterly unfortunate when he top edged the flick to covers. Sometimes the broad edges can be a problem as well. At the other end Sunil kept hitting crisply in the ‘V’ with some delicious drives. The run rate at one point reached 10 after 7 overs. This partnership bought the required run rate considerably down and well in reach. After Sunil got out to a mistimed shot, Amit B and Shashi calmed the nerves with a stable partnership of 35 but the required run rate kept them under pressure. Amit B timed a ball too well to deep cover and lost his wicket. Shashi followed soon after and gave a catch to gully; 12Stars were looking fragile with 120 odd for 5 wickets down.

Another star, Paul, joined to see how 12Stars were handling the pressure. His suggestion to have fun in the middle, had an immediate impact on the next pair as Amit R and Ganesh joined to form a 140 odd runs partnership at an exceptional rate. Both kept hitting boundaries when needed and concentrated on one over at a time, trying to keep the sound of Rocky’s ‘Eye of the Tiger’ firmly in their minds. Running with Ganesh has its ups and down. Mostly the ups are with Ganesh and the downs with the partner. Amit R felt his smoked lungs lunging out, all courtesy Ganesh. Ganesh departed for a very well made 44 at a time when winning was no longer a possibility but reality. Amit R was joined by Som, and was relieved to be the faster runner this time. Amit R got out to the worst ball faced, trying to cut too hard to point and giving the catch to fly slip position.

Eagles were back in the game, with 104 runs at 7 per over still required and 3 wickets in hand-the task seemed harder by the over. Though Manoj and Som had other ideas. Som broke the shackles with a flick six. Now the players from outside cheering every run, Som and Manoj got their engines revving and started running for their lives. Manoj kept cutting the ball into half and Som kept nudging it back into shape, this partnership bought Eagles into panic mode as they were already considering the match to be over by then.

When Som got out, 12Stars still needed 34 of 24 balls. Eagles were two good balls away from victory. Ganesh V was seen practicing at the back and the team was confident of him connecting a few hits as running between the wickets is not his forte. Connect he did, with a prolific flick over mid-on’s head for a much needed boundary. At the other end Manoj was playing the knock of his life as he kept pushing for doubles. The boundaries were hit when utterly needed. Ganesh V was made to run for two’s by the cheering mates. The pitch was behaving flat by now considering the role of heavy roller these two played by running the singles and doubles on the pitch.

Among all this chaos, people were shouting in at least 3 to 4 languages from the outside. Among all this Eagles shouting at themselves and then the umpires, Aniruddha and Sunil kept shaking their heads horizontally when an appeal was made. With 11 needed of last 12, Sunil gave Ganesh V lbw under extreme omnipresent pressure. Ganesh V later claimed it to be a nick but Manoj, his running partner, refuted his claim. With even DRS a point of contention these days, it is safe to stick to the vintage umpire’s call. To Ganesh’s credit, he took it really well in a sporting manner.

This bought Anthony Brand to the crease. Among some of the dismissals which Anthony has invented this year, run out has been very common. The situation demanded a determination which was evident when Anthony was seen doing push-ups vigorously at the back before he was needed. Anthony hitting a boundary in the last over to bring the equation to 3 off 2 was a classic pulling of good length ball. Another dot ball and Anthony had to hit a boundary to win or take 2 runs to make it a tie as running three was a rare possibility. Anthony hit the last ball to long on and Manoj sprinted two to make it the most memorable tie. Manoj ended with a brilliant 50 not out and subsequently fixed his batting spot at number 7 J. Anthony made the most important 8 runs of his life, and his sigh of relief could be heard within the universe and beyond…

The team spirit shown in both the innings deserves a second thought for obvious reasons.
It was a day of laughter and camaraderie and enjoying in the times of adversity. Some say enjoyment is the recipe to any success and nobody was denying it that evening!

If you can meet with Triumph and Disaster and treat those two impostors just the same;
– Rudyard Kipling 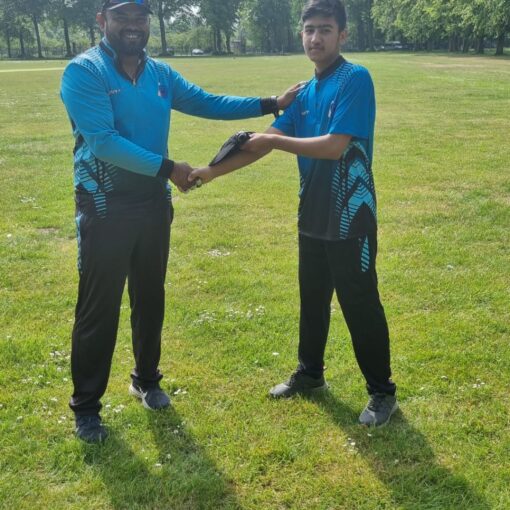 12 Stars CC-1 – Won by 4 wicketsVenue: ACCAuthor: Arshvirhttps://www.crichq.com/matches/1024896/1st_innings The 1st game of the double header weekend where the Stars were […] 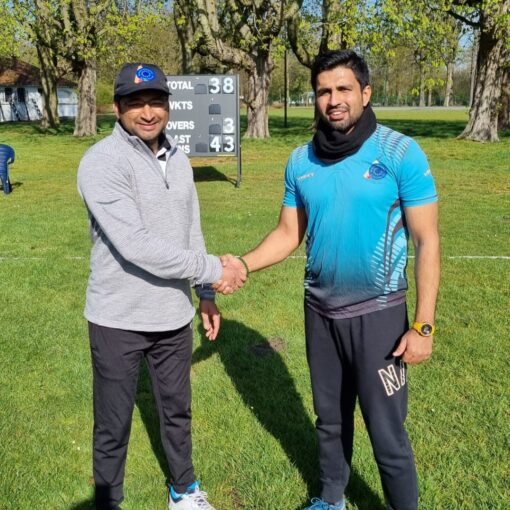 12Stars CC Won by 65 runsVenue: ACCAuthor: Cheekahttps://www.crichq.com/matches/1019998/1st_innings The moment we all were waiting for, the start of the cricket season for […]