« There is nothing to lose only to gain » Optimism from Vishal!

The first of a kind :A weekend when 12 stars put 3 teams on the field.

Needless to say, it is a historic day for the club in its 30s, having passed through many different stages has finally matured enough to put up 32 players for the opening weekend of the 2021 season thanks to the comeback of veterans, supported by the youth, the regulars, and the debutants. The team reached 30mins before the start of the game, while the opponents Hasselt-2 were nowhere near the ground for another 30mins, perhaps a reflection of the mindset and enthusiasm of respective teams on a day that started with a drizzle only to open up to a clear sky and later to drier surface especially in the 2nd half of the match.

12 stars have 2 newcomers (Nirmal and Rajesh), many veterans who haven’t played leagues for several years (Peter, Raj, Maddy, Dinesh, and Nikhil), energetic regulars (Vishal, Bharat, and Ishaaq) – with the promise of good cricket – all lead by the newly appointed but experienced captain Judson D. It all culminated into what can be termed as a perfect harmonium on the field when 12 stars chose to bowl after opponents forfeited the toss due to late arrival. It only made sense to bowl to take full advantage of the slow outfield and making most of the team have 9 bowlers raring to have a go. Both teams agreed to limit the game to 45overs after taking into account lost time (and thoughtful consideration on the part of 12 stars of the fact that it is the first full day game after a gap of a year or few in the team).

12 stars started with JD and Vishal blowing in tandem testing the patience of the ever-restless modern-day short format-loving batsmen.The Stars’ efforts paid off with a superb catch off Vishal by Nirmal at 3/4th of cow corner running from mid-on. It was one of those catches that inspires a whole team and would be talked about for many seasons to come. The 2nd wicket came quickly with a sharp throw by Maddy who ran from extra cover to deep cover and a quick work by Dinesh before the batsman reached the crease to complete the 2nd run. These are the sort of signs you look for if you want to convey the intent of the team to the opponents more than the words from behind the stumps. It could very well be a start of a promising season. 3rd, 4th fell in the next 2 balls with brilliant deliveries from JD. With everyone closed in, there was a loud appeal for a hattrick, only to be turned down as the ball landed on the pads outside leg stump. The stars kept the pressure on the opponent batsmen throughout the innings with tight bowling and good fieldsmanship. Bharat almost got the wicket of the first ball of his deceptive spell of dangerous Hassan when the ball came back sharply off the bat towards him. Tough chance. He would get him anyway after a few overs. The next wicket was dodging from the stars with a couple of chances off Raj who got better with well-flighted balls as the spell continued. There was a bit of resistance from the tail thanks to Jessi testing the lines of Ishaaq and debutant Rajesh but it was a bit too late as the wickets fell down quickly at the other end. Raj with a deceptive skidder to Jessi cleared the bails off, wrapped up the innings in the 22nd over. The target is set for 76. A below par for a 45over game.

The Chase:
12 stars started off cautiously with Vishal and Dinesh negotiating Hassen off his occasional bouncers. The openers looked comfortable having plenty of time ahead of them. With an odd bouncer taking an edge off the glove brought Dinesh back to the pavilion, the Stars have promoted Nikhil who didn’t have a chance to have his part yet. True to the potential, as was demonstrated in the preceding practice games, he played some aggressive cricket with a couple of sixes making inroads into the opponents’ confidence and eating up the target while the newly assured Vishal continued to hold the fort on the other end. With stars crossing halfway mark, it was only a matter of playing with time, staying as long as possible. The runs came along easily. The wicket of Nikhil brought to the crease Maddy who looked settled in his brief knock. With a bowling change came the wicket of Maddy, giving a chance to debutante Nirmal to join the determined Vishal. There was no looking back from the stars after few well-timed boundaries off both the bats lead to reaching the target in just 23 overs.

The Chevaliers’ measured bowling supported by good fieldsmanship brought themselves a below-par target to chase. Cautious optimism at the post-match discussion seems to reflect the depth of experience in the team that made sure to remind everyone of the reality that there is still a long way to go in the season. An encore next week? Only time will tell. Watch this space!

Man of the match: Vishal for his allround performance of having batted the whole chase adding 30 runs and 2 wickets in the 1st innings. Presented to him was a trophy bat by Peter signed off by teammates. Couldn’t be a better gift for his 2yr old son! Special thanks to the scorer Kiran who is a 12 stars junior and Rahul who came to umpire the game. 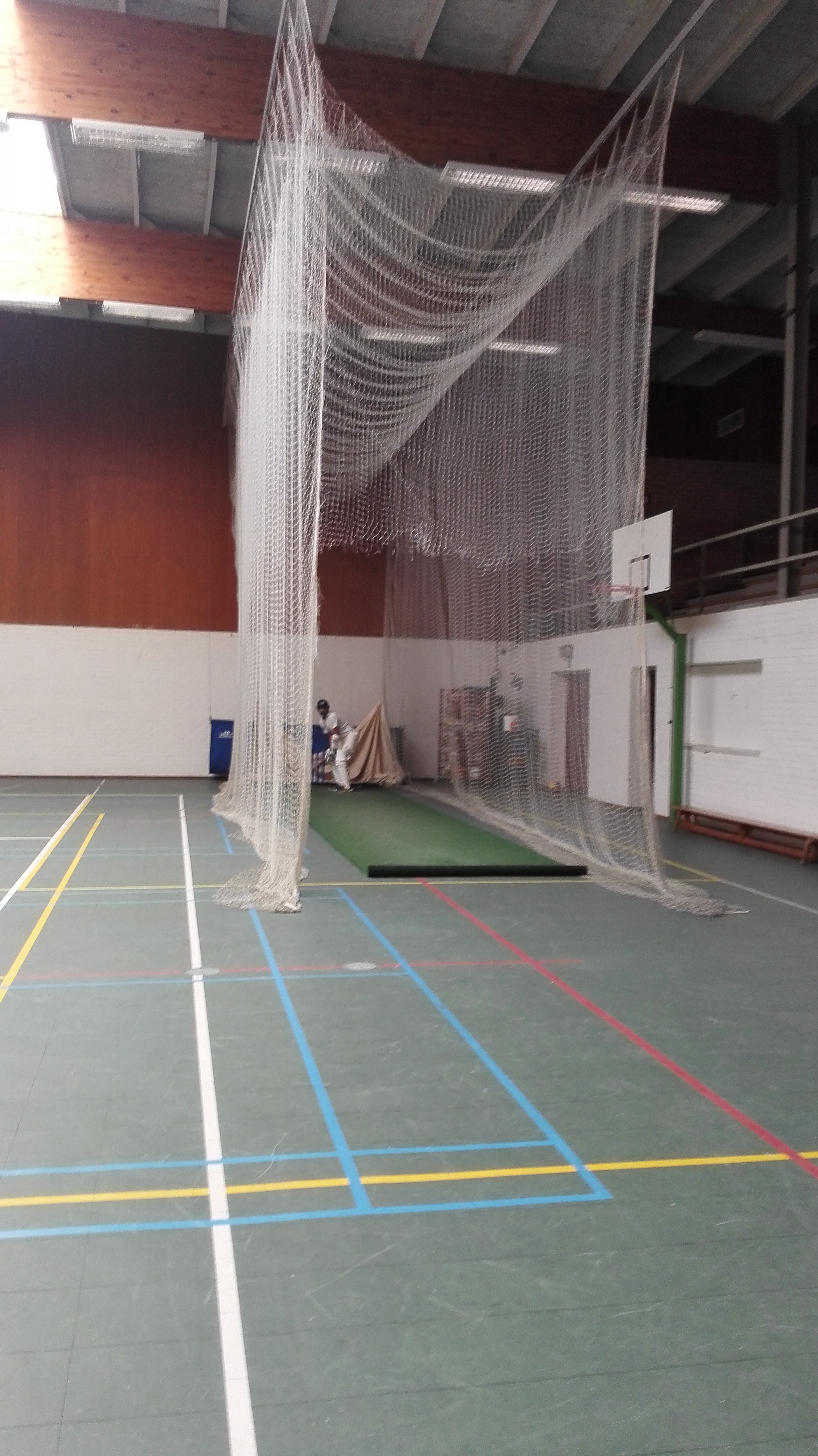 We are starting our indoor nets sessions for Juniors from 13th Jan 2018. We will use the building L, VUB, Brussels facility. We will be conducting […]